Bitdefender is our No. 1 Best Antivirus Software of 2021. It sells five tiers of products with various multiple-device packages in one-, two-, or three-year subscriptions. On the downside, Bitdefender includes only limited VPN services and no identity theft protection.

Bitdefender was founded in 2001 by its current CEO, Florin Talpeș, in Romania, and employs around 1,700 people in multiple locations throughout North America, Europe, and Australia. The company sells both consumer antivirus software and cybersecurity solutions to small, midsized, and enterprise business customers, and its products protect more than 500 million devices globally.

What Antivirus Software Does Bitdefender Offer?

Bitdefender sells five antivirus software packages. The company’s two top security packages – Total (including the Family Pack version of Total) and Premium – are compatible with multiple operating systems. Only the Premium package offers unlimited VPN services. All other Bitdefender antivirus packages include a limited VPN service, which covers only 200 MB of data per day, per device.

Below are Bitdefender’s current antivirus packages. Two prices indicate both the discounted introductory prices as well as the corresponding renewal prices, while single prices reflect non-discounted prices with no introductory discount. Note that discounts and renewal prices vary throughout the year:

The pricing for Bitdefender Antivirus Plus 2020 is:

Bitdefender also sells an identically-priced Antivirus for Mac package ($19.99/$39.99 for one device and one year, also available in three-device subscription, for one, two, or three years).

The pricing for Bitdefender Internet Security 2020 is:

Bitdefender Total Security 2020 offers the same protections as Bitdefender Internet Security, including the limited 200 MB daily per device VPN, but it offers protection for Windows, macOS, Android, and iOS devices.

Bitdefender Premium Security is Bitdefender’s top internet security package. It offers the same multi-operating system and threat protections as the Total Security package, but it also includes unlimited VPN and priority support, which lets you skip the line and connects you with a dedicated support team.

How Much Is Bitdefender's Antivirus Software?

Bitdefender’s five different antivirus packages, each with different prices depending on the number of devices (usually three, five, or 10) and subscription length (one, two, or three years). These packages range in price from $19.99/$39.99 for one device for one year for Antivirus Plus to $89.99/$149.99 for 10 devices for one year for Bitdefender Premium Security.

Yes, Bitdefender antivirus software is good software and did well in our ratings. Bitdefender includes a variety of internet security protections, depending on the price level, some of which may duplicate the capabilities of your PC’s existing operating system. These protections include: anti-phishing and anti-fraud protection; anti-spam filters for incoming emails; Rescue Mode to reboot a heavily-infected computer for cleanup and restoration; and an anti-tracker feature, which blocks web trackers to keep browsing data private and loads web pages faster. Additional features include a microphone monitor, webcam protection, file encryption, vulnerability assessment, and more.

In its pricier packages, Bitdefender also includes the company’s anti-theft feature that complements standard Android and iOS features. For instance, if a thief swaps out the SIM card of a stolen phone, Bitdefender generates a text message to you on a separate, trusted phone number with the new SIM card’s phone number. An unlimited VPN service is available only with Bitdefender’s top-tier Premium Security package.

Unlike other antivirus vendors that offer a free trial of the complete version of their software, Bitdefender’s 30-day free trial includes only real-time threat detection, virus scanning, and malware removal, while excluding more advanced features.

Bitdefender antivirus software is safe. However, note that Bitdefender’s VPN is limited to only 200 MB per day, per device. To ensure your system is protected when it needs to be within this limitation, you need to manually turn the VPN on and off and monitor the VPN’s data usage. To get unlimited VPN service, you have to add a separate Premium VPN plan ($6.99 a month or $39.99 a year) to one of Bitdefender’s antivirus packages.

Bitdefender also doesn’t offer comprehensive identity theft protection that’s included by other antivirus software vendors such as McAfee and NortonLifeLock. Bitdefender’s standalone Digital Identity Protection software ($59.99/$79.99 a year) monitors and sends alerts for potential personal data theft threats, impersonations, or breaches from websites, social media, and other online sources. However, it doesn’t monitor credit agencies or financial accounts, nor does it offer any loss recovery insurance or methodologies. The company says it plans to include credit card account monitoring sometime this year. 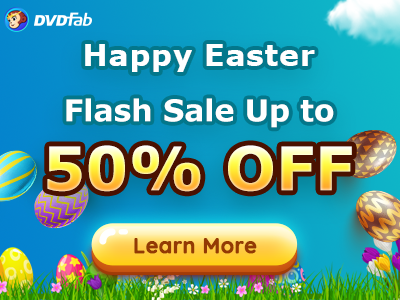